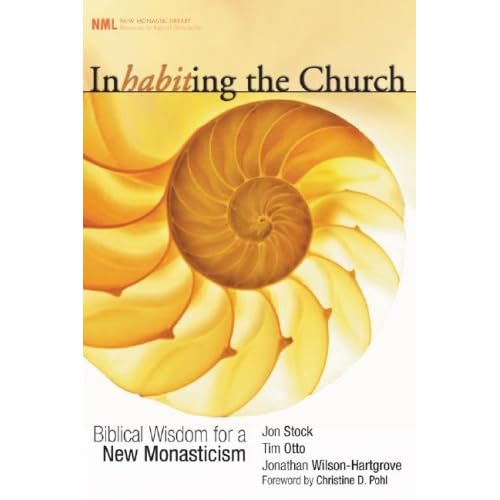 I am somewhat drawn to monasticism. Even in high school, when I knew very little of what it might mean to take such vows, a friend and I discussed it as a possibility. He was hard-pressed to find a good Baptist monastery though. I guess there really aren’t many Methodist monasteries either.

Friends of mine are “new monastics” though they’re part of a group that’s been around longer than that term. They have my attention. I wonder what it would be like. They’re not just men, they are families, and they work together and live together, not sequestered, in the world, but not of the world. One of them, will hopefully be visiting us next month. I look forward to seeing him.

One of the things which I think draws me to this sort of living is the necessity of not having too much stuff. I don’t know how it happens that I have 6 stainless steel travel mugs when 2 years ago, I just wanted one. Why it’s possible for 3 of our family members to be on a computer at once (and if I really wanted to, it wouldn’t be difficult for all four of us to do so) is explainable, but it’s probably not good.

Enough about me. Here’s an old article about new monasticism. Jon Stock, mentioned in the article, has also worked with others on a book about it. It’s the pic above. I haven’t read it yet, but I’ll discuss it when I do.