This article, which comes from CNN, sounds like it comes from The Onion. Second Life affair ends in divorce. From the article:

she…hired an online private detective to track his activities: “He never did anything in real life, but I had my suspicions about what he was doing in Second Life.

At least the wife in this case seems to understand that mind and body are not entirely separate, but the fact that she went on to start a relationship with someone in World of Warcraft seems to indicate she has not entirely learned her lesson. 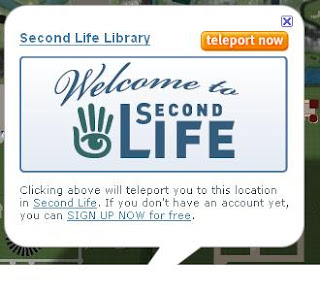