Somewhere deep in the catacombs of West Tennessee in November of each year, the SPRC meets under candlelight. Once the sacrifices are made, they cast lots to determine whether the leader of the church will stay or go. They gaze into the reflections in a pool to discern what other pastors may be available. Then they mind meld and let the Bishop and his cabinet know what will take place in the upcoming new year.

Spring comes and the Bishop and the cabinet dance around the Maypole, wreaths of flowers in their hair. They fall in exhaustion and sleep visionary dreams. When they wake, in complete silence they determine the paths of those in their conference through examining tea leaves, watching the stars and playing Ouija.

Or not. Usually the SPRC gets the general consensus of the church, discusses the needs of the church, and makes the best decision they can. This, despite the fact that in the case of a recently appointed pastor, they may only know the person they’re discussing for a total of a 5 months.

The Bishop and the cabinet take those things into consideration, look at who’s retiring, who’s available, which big churches will get to pick someone outside the conference, and then fill in the gaps as best they can.

I know that everyone, from the members of the SPRC to the Bishop, is a less than perfect human, a Christian doing what they can to discern God’s will while trying to make the people happy. So why does this become such an ordeal every time it’s obvious that some sort of change is needed in a local church? Why does it have to be cloak and dagger secret society sort of work? Can the local church not handle it? I think they can.

We have got to do something to make the appointment system work better. From what I can tell of the votes at General Conference, that something is study the topic for another four years. Frankly I don’t think that’s good enough.

Can we, on the conference level, say that here you’ll get three years when you go to a new church before you have to worry about such thing? I know, that means technically you have three years if the new pastor doesn’t work out, but how can you even know that it’s going to work out without one cycle through the lectionary?

Can we say that at least we won’t make a decision during the first November that a pastor has been at a church? Would pastors be a bit more patient and observant when they arrive at a new church if they knew that they had time to get to know these people before they were going to have to look at moving again?

Of course, I have more questions than answers. I’ve not served on SPRC, and I doubt that my gifts would benefit that committee. I’m not a pastor. I don’t know what that’s like either. But as a church leader, I know that the current system, which doesn’t allow the majority of the church to know much of what is going on until weeks before a new pastor arrives, does not work. We need to be more open; open in discussing the problems we may have with pastors, open to how the SPRC and Bishop’s cabinet make their decisions, and most importantly, open to how the Holy Spirit may lead guide and direct us in the work of God.

When I was in my college days, I had issues with organized religion. Then I got over it. Now I’m in yet another phase, that may pass, which is primarily against organized church. Maybe reading Leithart had something to do with that, but I think it had more to do with acquaintances I’ve made through the Ekklesia Project. People who are members of cell churches, house churches, new monastic groups all make me wonder how things might be different.

And then I read Wendell Berry, and he gives the passage below which sums up a lot of things I have been thinking for a while.

(from Wendell Berry, What are People For? God and Country.)

The organized church comes immediately under a compulsion to think of itself, and identify itself to the world, not as an institution synonymous with its truth and its membership, but as a hodgepodge of funds, properties, projects, and offices, all urgently requiring economic support. The organized church makes peace with a destructive economy and divorces itself from economic issues because it is economically compelled to do so. like any other public institution so organized, the organized church is dependent on “the economy”; it cannot survive apart from those economic practices that its truth forbids and that its vocation is to correct. If it comes to a choice between the extermination of the fowls of the air and the lilies of the field and the extermination of a building fund, the organized church will elect — indeed, has already elected — to save the building fund.

I recently searched “Jesus-do” which in my mind, means the way of Jesus.

Do (think “dough”) is a word that you’ll see in various martial arts. Taekwondo, karate do, etc.,. It just means “the way of”. Because the early church was sometimes referred to as “the way”, when I think Jesus-Do, that’s what I’m reminded of. Google, however, sees it much differently, and the fact that when I searched it, I didn’t see it as part of the phrase “What would Jesus do?” is funny to me. Thank God for joy given in simple things.

So I actually have about 5 different things in draft form. I’m at a low point right now, and feeling discouraged about many things. Not that I don’t have too many blessings to count, just that I’m too annoyed with too many things to take time to count them. I think the biggest thing bothering me is the pastor of the church I worship with. I think he’s probably not a good pastor, and though as a United Methodist, I can hope that he’s moved, that bothers me too.

I’m simply not sure that wanting him to go somewhere else is the proper response. I know that UMs are working on improving the itinerancy, and I know that if he had been directed better in the early years of his ministry, our church, and others before, would have benefited, but that doesn’t help me here and now. The church hasn’t trained me properly with how to deal with the loss of a good pastor or the gain of a bad one. I know that the only reason I’m still trying is because God strengthens me. The daily prayer helps.

Lord God, almighty and everlasting Father, you have brought
us in safety to this new day: Preserve us with your mighty
power, that we may not fall into sin, nor be overcome by
adversity; and in all we do, direct us to the fulfilling of your

This is a creed I came across through a mention in Jaroslav Pelikan’s commentary on Acts. You can find a little more info at Beliefnet. There are some phrases in it that resonate.

We believe in the one High God, who out of love created the beautiful world and everything good in it. He created man and wanted man to be happy in the world. God loves the world and every nation and tribe on the earth. We have known this High God in darkness, and now we know him in the light. God promised in the book of his word, the bible, that he would save the world and all the nations and tribes.

We believe that God made good his promise by sending his son, Jesus Christ, a man in the flesh, a Jew by tribe, born poor in a little village, who left his home and was always on safari doing good, curing people by the power of God, teaching about God and man, showing the meaning of religion is love. He was rejected by his people, tortured and nailed hands and feet to a cross, and died. He lay buried in the grave, but the hyenas did not touch him, and on the third day, he rose from the grave. He ascended to the skies. He is the Lord.

We believe that all our sins are forgiven through him. All who have faith in him must be sorry for their sins, be baptized in the Holy Spirit of God, live the rules of love and share the bread together in love, to announce the good news to others until Jesus comes again. We are waiting for him. He is alive. He lives. This we believe. Amen.

In my previous post, I mentioned the frustration of teaching Christians who don’t read much. It seems to be a trend: One in four adults say they read no books at all in the past year.

These two points are interesting: People from the South read a bit more than those from other regions, mostly religious books and romance novels…those who said they never attend religious services read nearly twice as many as those who attend frequently.

The first part is funny because I live in the South and religious books and romance novels are almost exclusively what gets read in this house. Sometimes it’s funny to be pegged by a statistic.

The second part is odd because of how many religious books get read each year, and yet people who are in church/synagogue/other house of worship aren’t the ones reading those books?

I’m no good at analyzing surveys, but this does seem to have some interesting information. 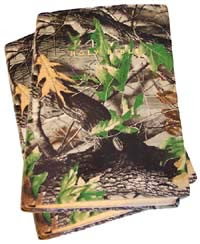 From Christian Outdoorsman, in the styles and colors you choose.

I thought I might post about the role of Bishops, what needs to change, how the role seems to vary from conference to conference, and that sort of thing, but there’s plenty of that out there, and I really just wanted to talk about one person anyway.

In June, at the Memphis Annual Conference gathering, Rev. Cooper, or “brother Randy” as he would probably prefer to be called,”was unanimously declared the delegation’s episcopal candidate and was heartily and unanimously endorsed later by annual conference delegates.” (That’s from a Reporter summary of the conference which I’d link, but that’s all it says about the nomination.)

Randy has been serving the Memphis Conference for about 25 years, and I’m no expert about his ministry, but he has not served a megachurch or even a large 500+ members congregation. He has committed to serving churches which are, at least in this area, normally given pastors who are right out of school or getting ready to retire.

No pastor can fill a pulpit without making someone upset, so I won’t say everyone thinks he’s great, but I have no doubt that everyone who has known him would agree that he takes both Word and Table very seriously.

I don’t know if good pastors make good Bishops, but if they do, brother Randy will make an outstanding Bishop. His service to the body of Christ has been profound, and I hope God will continue to bless his ministry regardless of what particular path it may take.